Do you have Scottish ancestors?

Perhaps you do and you just didn't know! Search our brand new Scottish census records today and discover if you have Scottish roots.

This week's episode of Who Do You Think You Are? will focus on former EastEnders Actor, Larry Lamb. Born in Edmonton Middlesex in 1956 Larry Lamb is also known as evil Archie Mitchell in the popular soap.

His mother, Jessie White was adopted at birth - something Larry only found out about recently so we think the show will discuss his mother's ancestors and in particular his great - great uncle, Thomas Day who was a Lion tamer in the circus.

Jessie Dorothy White was born in 1926 in London. She married now deceased Ronald Lamb in the spring of 1927 in Edmonton, Middlesex. You can see their marriage record below. 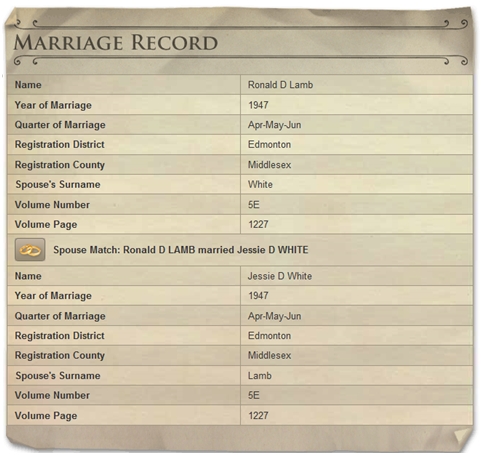 Jessie White's birth parents were Catherine W. B. Rose and Albert Day, they married 5 months before Jessie was born in 1956 in Edmonton and Catherine was only 17 at the time.

Larry Lamb has spoken out against his father Ronald Lamb in the press saying he based the evil character Archie Mitchell on his father. Ronald was born in 1922 and his parents were Alexander Lamb and Maud White. They married in 1915 in Middlesex and their record is below. 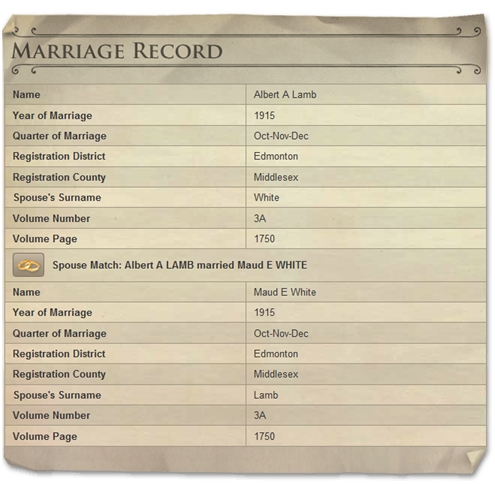 We have found Larry Lamb's great - grandparents in the 1901 Census records where they both work as Grocer's Assistants. We can see that Larry's grandfather was 11 at the time of the 1901 Census and on the night the Census was taken the family had a 45 year old visitor who's profession was a Seaman. We also discover that they were living at 66, Brettenham Road, Edmonton.

We are looking forward to seeing what other discoveries Who Do You Think You Are? make, it's set to be a very interesting episode especially with rumours of Larry Lamb having ancestor's in the circus! Don't forget to tune in - it's on BBC 1 at 9pm Wednesday 31st August.

Make sure you look out for our blog the following day!