As the World Cup prepares for kick off, it’s a good time to see if you can find your footballing heroes in our records, from Bobby Charlton to Wayne Rooney – or find out more about the history of the England’s beautiful game.

The World Cup began in 1930, but England didn’t enter a side in the first three competitions. Only in the fourth World Cup of 1950 did England finally join. Apart from in 1974, 1978 and 1994, England have made the final tournament in each World Cup ever since.

The first hat trick ever scored by England for a World Cup match was Jackie Milburn’s. “Wor Jackie” was a Northumberland man who played for Newcastle United. Deemed too short for the Navy in World War Two, he worked as a miner instead and played football alongside his work. He was also related to the brothers Jack and Bobby Charlton, who went on to play for England’s World Cup winning side in 1966. In 1947 the Sunderland Echo reported, “There is no parallel in Football League history with the present record of the Milburn family”. 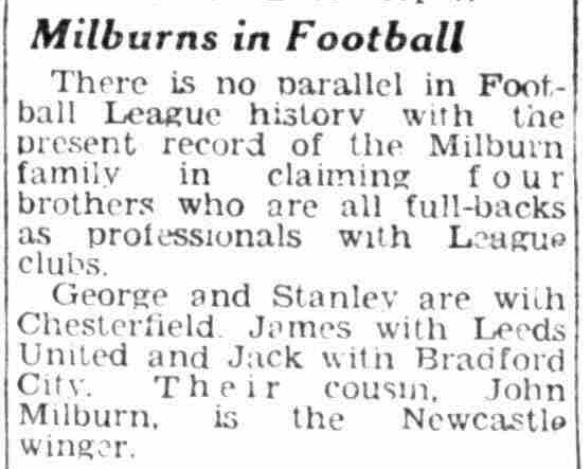 Jack Rowley’s goalscoring record in the 1930s earned him the nickname “the Gunner”. He worked his way into professional football, eventually ending up at Manchester United. However, the outbreak of World War Two interrupted his career. He played in many friendly games when at home on leave including a Wartime International tournament in 1944. Rowley was part of the 1945 D-Day landings in Normandy – luckily, he survived, and went on to win the 1948 FA Cup Final with Manchester United. 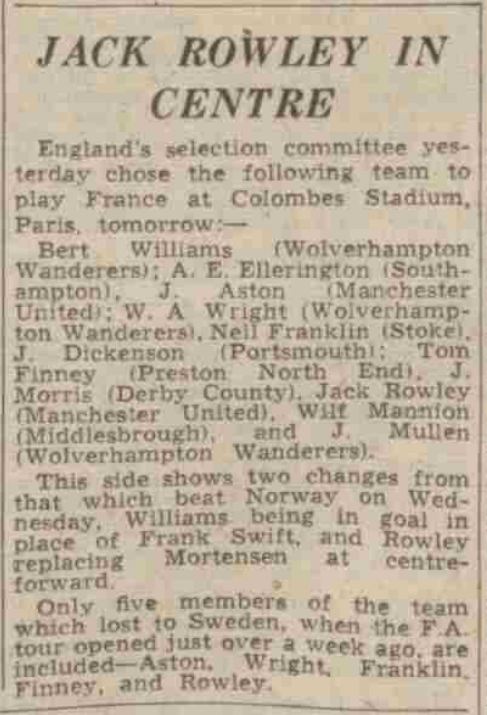 Moving forward, Robert Charlton was born in October 1937 into a footballing family. Jackie Milburn was her mother’s cousin – and an established footballing legend when Bobby was growing up. You can see his mother’s maiden name on his birth record - which can be viewed here - one way to be sure it’s the right Robert Charlton! Bobby was spotted by Manchester United’s chief scout in 1953 at the age of 15. His mother wasn’t keen for him to commit to a possibly-insecure career in football but his talent won out, and by the time 1966 rolled around he’d already been selected for squads in 1958 and 1962. The World Cup victory cemented his status as one of our most beloved football heroes.

Who are your football heroes?

Are you related to any of them, and can you find them in our records?