Every year, on the last Thursday of October, the Somerset village of Hinton St George celebrates Punkie Night. In a celebration that looks a lot like the Halloween customs we're so used to elsewhere, the children of the village march around with lanterns cut from a turnip – locally called a "mangle-worzel". 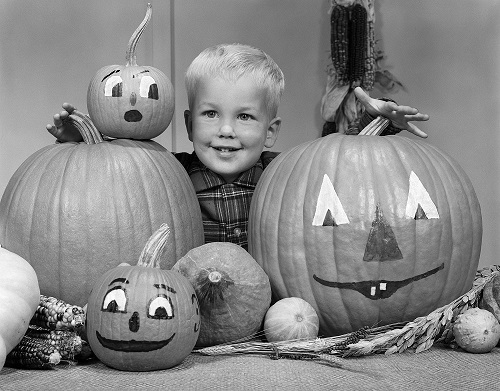 The procession, which still takes place today, would be led by a Punkie King and a Punkie Queen and stop at various places in the village for the children to sing a special song.

Adam and Eve would not believe

Give me a candle, give me a light

If you haven't a candle a penny's all right.”

It's not known where the custom started. Some people say it was because the men stayed too late at the fair and the women, on their way to fetch them home, would carve out turnips to make lanterns, or Punkies, to light their way. It's also thought that the name Punkie might come from the old word "punk" which meant tinder.  It was also an earlier custom for farmers to leave a traditional "Punkie" on their gates to ward off evil spirits.

Why not find out if you have family from Hinton St George in our parish records? Then you too could celebrate Punkie Night.